Top Posts
WHISKIES OF THE WORLD
VINITALY AT THE TIME OF THE PANDEMIC
American Airlines Will Feature New Wines on Flights...
Ribble Valley wine shop with its own bar...
Wines from Spain announces 2022 tastings in two...
The Most Intelligent Wine Event In The World
INCREASES, INCREASES IN RAW MATERIALS ALSO IN THE...
Rosè, rosato or rosa italian wine?
VINITALY 2022 one of the largest wine fairs...
Georgia tasting to crown fast growth in UK
Home Wine Abruzzo Is Making White Wine From Grapes You Don’t Yet Know
Wine 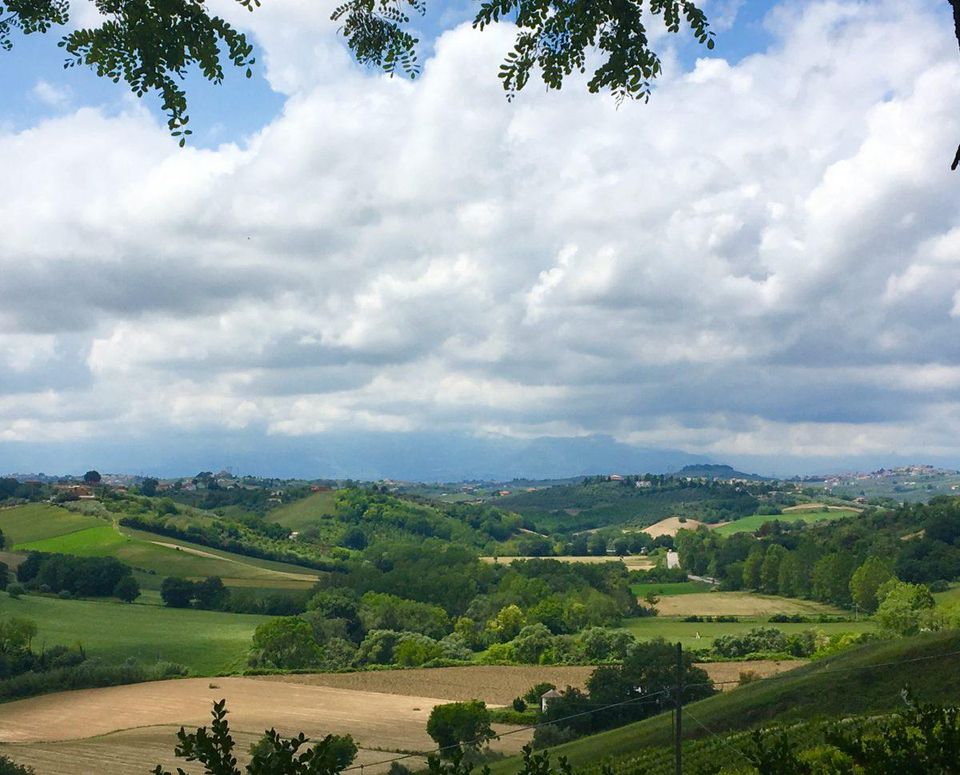 Dangle a paper cutout of Italy in the air, then slice it in half with a machete (horizontally; slightly angled). The cut will likely run along a line connecting Rome to Pescara. An excellent east-west highway connecting these cities (in two hours) passes wildly beautiful landscapes between the Tyrrhenian and Adriatic Seas. Most of this journey moves through the region of Abruzzo.

Half of Abruzzo (which itself is about half the size of the U.S. state of New Jersey) is protected as reserves and parks. This makes the drive to Pescara (the region’s largest city, with 125,000 residents) compelling. The vistas look commanding and stark during winter, and verdant and bucolic during spring and summer. Hilltop fortresses, yawning valleys and medieval villages resemble stretches between Beziers in France and Barcelona in Spain—though Abruzzo is far more wooded.

The peaks inside Mount Velino Nature Reserve are visually stunning, reminiscent of other topographies: the Dolomites of Alto Adige, or green mountain slopes of New Zealand’s southern isle. An agricultural valley triangulated between San Pelino, Trasacco and Pescina towns is as impressive as the Valais of Switzerland. Villages—Castrovalva, Bugnara and Roccacasale—either guard hilltops or pour down hillsides. Others, such as Aielli, sit below granite mountains appearing both medieval and mythical, places more imagined than real.

Further east, Abruzzo’s coastal strip is home to soft-spoken fishermen, farmers and winemakers. Less trammeled by tourists than Tuscany and with fewer buses than Barolo, Abruzzo also sells food and wine at prices that won’t shock you, as in Venice.

Weeks ago I had the fortune to visit Pescara again to receive an international wine writing award (‘Parole di Vino,’ or ‘Words of Wine’). During that trip, a visit to vineyards showed that Abruzzo is once again modifying its viticultural identity. Wines that gained respect and soared in quality during past decades—Trebbiano for whites and Montepulciano d’Abruzzo for reds—are now being joined by lesser known white grapes. These are seen as potential entry points to markets craving little known regional wines. They include Pecorino, Cocociolla, Passerina, Montonico and Fiano.

Elevation differences between the Adriatic Sea and Abruzzo’s peaks—9,500 feet within 25 miles [2900 meters within 40 kilometers] create strong diurnal temperature variations. Because the sea absorbs heat during the day and releases it at night, there are also constant breezes. These factors strongly influence local viticulture.

A visit to La Valentina winery showed how Abruzzo vines are often trained with the ‘tendone’ method, characteristic of central and southern Italian regions. Posts hold wires that support vines some 6 feet (1.8 meters) above the earth in order to improve air circulation. This is important because Montepulciano d’Abruzzo grapes are harvested in late October when humidity is high. This elevation also puts distance between grapes and earth, preventing sunlight reflected from clay soils from burning grapes during summer. The winery uses French oak barrels (made from Tronçais forest wood and assembled in Nuits-Saint-Georges in Burgundy).

“Our philosophy is to use oak not to impart taste, but to aid maturity, stabilize color and round the tannins,” explained owner Sabatino Di Properzio.

One of their less heralded, small production wines is made from the white Fiano grape. For an absurdly low price, the quality is excellent.

At Tenuta I Fauri winery in Chieti, siblings Valentina and Luigi Di Camillo (pianists as well as winemakers) carry on the tradition of their parents and grandparents. In addition to their classical Montepulciano d’Abruzzo and Trebbiano lines, they also produce clean, precise and excellent Pecorino and Passerina whites. Their international marketing efforts, friendly customer service and wine pedigree are gaining international buzz not only for the winery, but also for Abruzzo.

Considering that 82% of wines are still produced at cooperatives in Abruzzo (mostly in Chieti, one of four provinces within the region), visiting such a facility helps put regional winemaking into context. Codice Citra is the largest Abruzzo cooperative. It collects wine from nine ‘second level’ cooperatives that it administers. These, in turn, collect grapes from 3,000 producers (most owning plots about 6 acres [2.5 hectares] in size).

The vineyards supplying them are spread over 14,800 acres (6,000 hectares). Winemaker Lino Olivastri pointed to a massive aerial photograph mounted on one wall. “The vineyards near the homes of growers look like a mosaic,” he said. “Red and yellow. Like a carpet.”

Citra uses large Slavonian casks, as well as barrels made from Spanish acacia (which are assembled in Italy). Because acacia is relatively expensive and sometimes imparts too much vegetal characteristics to wine (which must then be discarded) only 5 to 8% of their whites (no reds) are aged in acacia.

Founded in 1973, the cooperative is a massive concrete structure that may lack rural charm, but which creates some excellent, well-priced premium wines.

I next visited Masciarelli winery and their impressive hillside castle—Castello di Semivicoli. As always, Masciarelli’s attention to detail—both with food and wine—remains five star and impeccable. It was Gianni Masciarelli who, through constant toil and focus, put Abruzzo’s grapes on the map as having international merit; his wife Marina Cvetic and daughter Miriam Masciarelli ceaselessly carry on that tradition.

Winemaker Attilio Alfino explained how both Trebbiano and Montepulciano d’Abruzzo grapes are late blooming, and how the constant wind from the sea is important to keep these vines disease free.

Tenuta Ulisse is a relative newcomer that has gained traction in the last decade by marketing throughout the world. From 285 acres (115 hectares) they produce a million bottles a year and have their own signature processing technique where grapes are first frozen for three to four minutes to break the cellular structure, then pressed in a vacuum. They made it clear that their use of Pecorino, Passerina and Cococciola whites is to satisfy a market eager to try wines from lesser known grapes.

Cantina Frentana produces a range of wines that include three emerging Abruzzo whites—Pecorino, Cococciola and Passerina. Try their Donna Greta Pecorino and Montepulciano d’Abruzzo Riserva. For value, their sparkling Cococciola is good to kick off an afternoon barbecue.

Why Wine Corks Are On The Upswing

Discover How To Pair Wine With Chocolate...

Buying a Wine Chiller? You need to...