Top Posts
Back IN ITALY the BtoB of European wine...
Antinori (Tuscany) – Italy
An important new selection of Italian wines on...
Il Maiolo Wines – Organic Winery in the...
WHISKIES OF THE WORLD
VINITALY AT THE TIME OF THE PANDEMIC
American Airlines Will Feature New Wines on Flights...
Ribble Valley wine shop with its own bar...
Wines from Spain announces 2022 tastings in two...
The Most Intelligent Wine Event In The World
Home Wine Travelitaly Not only wine, but also an international novel for the Italian writer and wine expert Sebastiano Ramello
italyWine

Not only wine, but also an international novel for the Italian writer and wine expert Sebastiano Ramello

Mr. Sebastiano Ramello as an expert in Italian wines, a tireless globetrotter, a photographer, a promoter of the territories of Italian wine 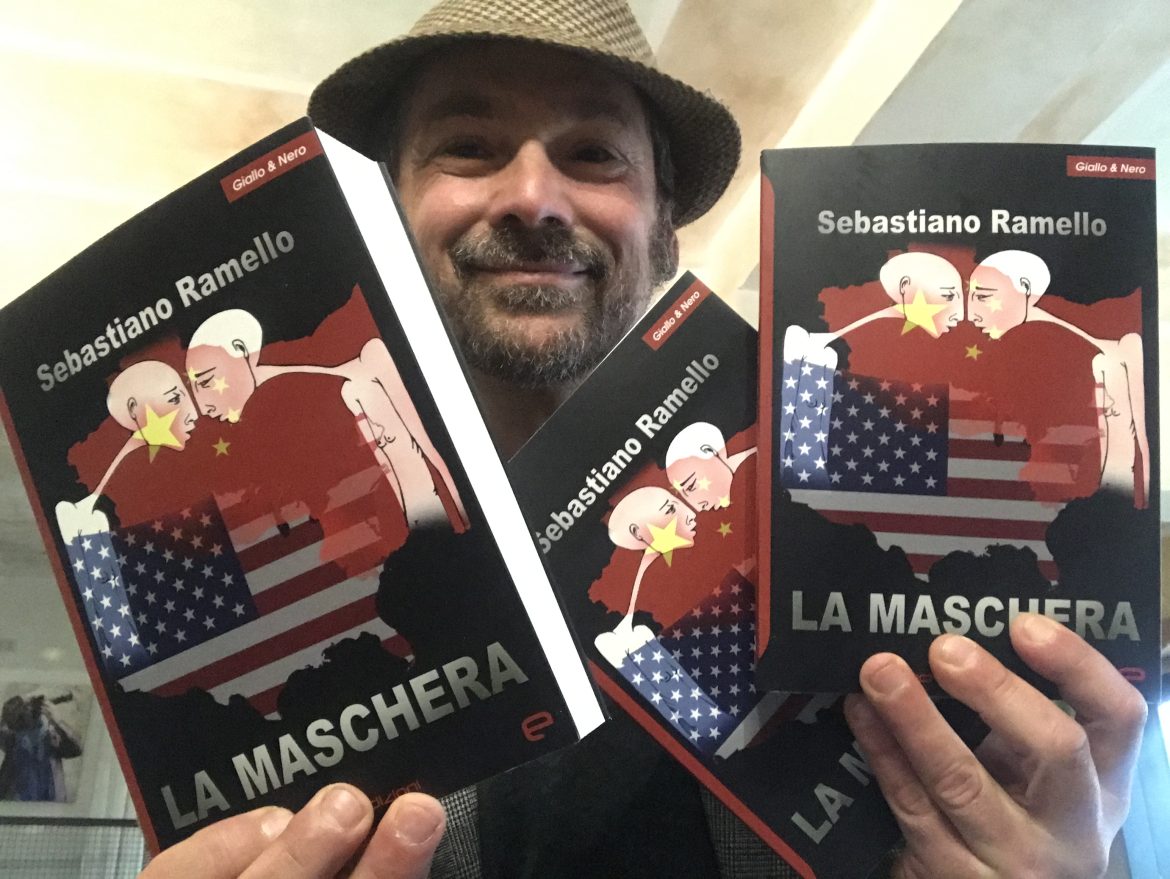 Many of us know Mr. Sebastiano Ramello as an expert in Italian wines, a tireless globetrotter, a photographer, a promoter of the territories of Italian wine, but that’s not all. Sebastiano Ramello is also a writer of novels and travel narratives. A few days ago, in Italy, his book was published by the Turin publishing house Echos Edizioni, a novel of 328 pages, an international thriller that covers current events between 2017 and the end of 2019, facts that have led to the events of these last two years, events experienced by all of us and by the whole world.

Today, through whatsapp I was able to interview him. 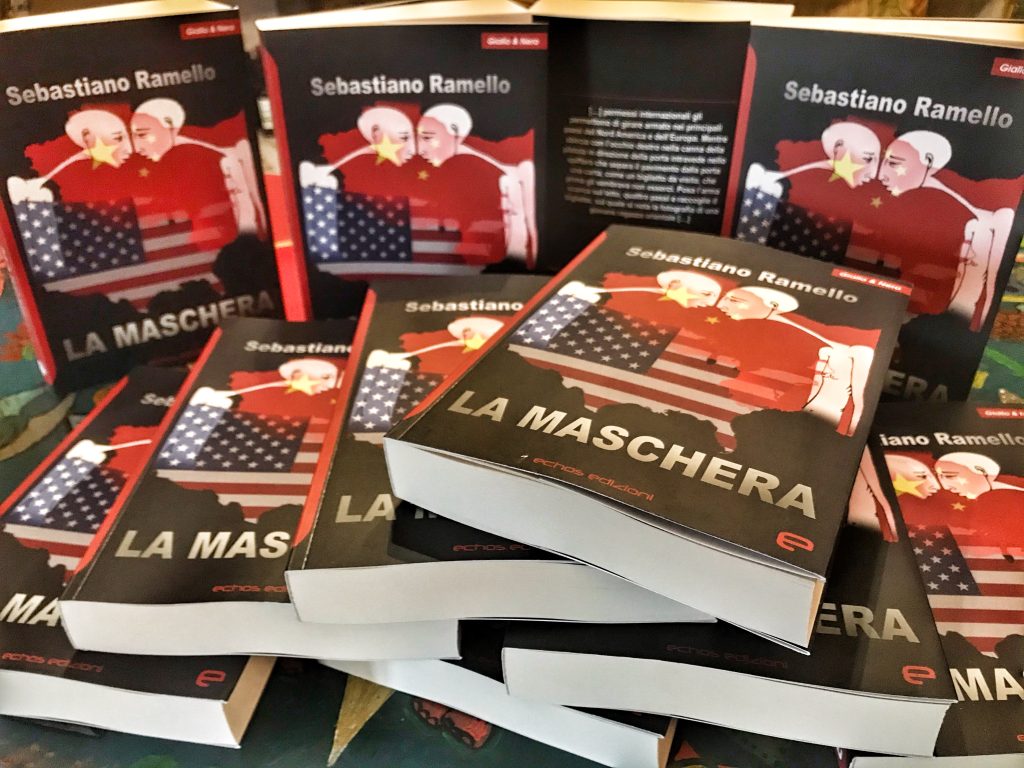 «Sebastiano Can you tell us where your passion for writing comes from and what is your novel about?»

«Writing, storytelling, research is a passion that I have always carried on, as many of you know, from a young age I wrote for weeklies, newspapers, first Italian and then foreign magazines especially focused on the wine and food sector, but in the at the same time I like to get lost in books, read it and then with the right inspiration I love to sit at the table with my PC in front of me, like an old typewriter, and start writing to give life to my characters. This novel of mine: “LA MASCHERA” (Translated into English: The Mask) it covers current events of recent years, leading the reader to reflect on today’s life».

The INTRODUCTION of the novel:

The tale tells of an international conspiracy that includes facts, events that occurred between 2017 and 2019, indicators of an important geopolitical change in which two great world powers, North America and China, but also other states, such as

The novel is made up of an intertwining of characters, of situations taking place in different nations, of intrigues and conspiracies created by the author’s imagination, but which retain a background of truthfulness as inspired by real events. To better render the international character of the events the author wanted to report some of the characters’ speeches in the language original, followed by the Italian translation.

The basic intention is to invite the reader to reflect on the events of recent years and, especially, to consider how lethal viruses are part of everyday life, research and

how they can be manipulated by man.

Covid-19 itself may have been created in the laboratory for purposes unknown to us, even if it is necessary to remember that often the fantasy surpasses reality. The author has spent a lot of time looking for information, documenting himself in order to be able to provide the reader elements often not known about the events mentioned. In the course of reading you can discover a lot of Chinese culture, but also that of other places, such as Burma and North America. The numbers found in the book, for

for example, they are linked to the culture of the “Middle Country” end never put at random. An object of the past, now almost forgotten, assumes a fundamental role in history by relating the main characters. A figure explicitly inspired by the author, who physically describes him and temperamentally. 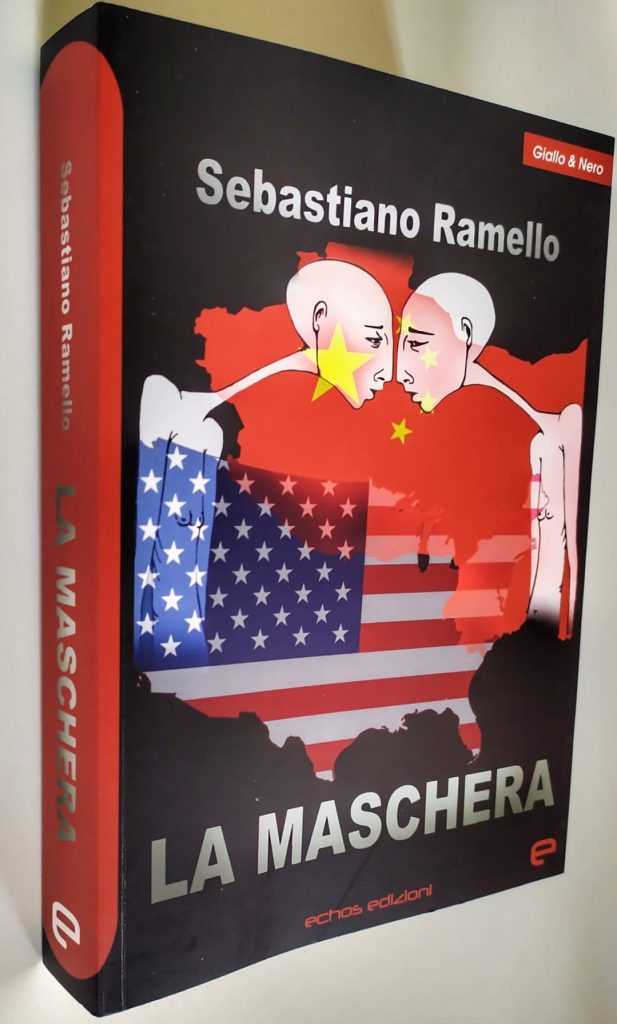 «Mr.Ramello I know that in your book some important wines appear several times and that two of your main characters are wine lovers, especially the Italian one, can you tell us what wine it is?»

«As many of you know, another of my great passions is wine, for about 15 years I have been promoting Italian wine in the world, so that I could not miss the mention of some of my favorite wines, it seemed nice to link to some of the my characters the characteristic of wine lover. The wine that is mentioned, tasted and appreciated by Dr. Michel Bernard but also by Dr. Robert Bouchard is a Dogliani Docg Superiore, an exceptional wine, produced with 100% Dolcetto grapes in the Langa area in the Piemonte region of Italy, by a small family-run winery, the Ribote winery». 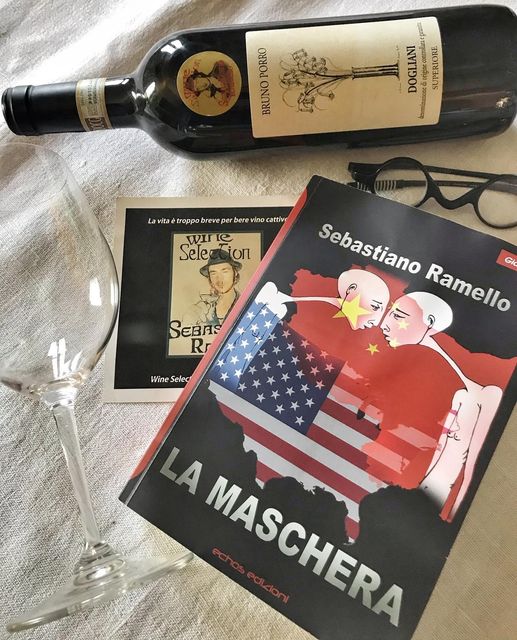 «Can you tell our readers something more about your novel?».

«Certainly, I can report the synopsis: A virus to save the world from pollution and growth demographic, or to create terrorismo and enslaving beingshuman? Maybe just one new era, where wars are comfired with unconventional weapons.

It’s 2017, Dr. Chun, director of the EST reactor, and Doctor Ping’an, researcher at the head of the labo Wuhan Research Center, meet for a secret negotiation with the General Zhao. From the other side of the world, in Canada, Dr. Thomas Roy,

director of the research laboratory of biological weapons, he gets in with tact with Doctor Robert Bouchard and with Doctor Emma Martel, speleologist who will follow in the footsteps of a contraband virus. In Lyon, Inspector Morel will investigate instan probably about a death suspected, investigation that will lead him to

interact with the Chinese Triads and with the Italian Mafia. A succession of international intrigues and adventures which will lead some of the actors to

reach the depths of the Earth, hunting for bats carrying bats

pathogens. The novel draws inspiration from current events that occurred between 2017 and 2019 and contains numerous references to Chinese culture, both of the

«When did you start writing this novel?»

«I started writing it in early April 2020 in full “LockDown”. I had just returned home, in Italy, after a long journey of about four and a half months between China, Hong Kong and India, in fact I was able to catch the last plane departing from Bangalore before the closure of all Indian airports. Initially, having interesting friends all’over the world, many who also hold important positions, I started a blog called “Voci dal Mondo” (Voices from the World) where every day I interviewed people from different parts of the world about everyday life linked to the pandemic, in so you can hear the voice of ordinary people. Eventually, this blog was getting too busy so I interrupted it and instead I started what would later become the draft of my novel after about three and a half months. After writing it, in July 2020, I immediately set to work to correct it and rectify it several times. Once corrected and given its present form, the next step was to look for an appropriate Publishing House. Many Italian publishing houses contacted me in the following months, both in the north and in central and southern Italy. My choice fell on the Echos Edizioni Publishing House as an independent publishing house, not for a fee. Unpaid means that the Publishing House, unlike, unfortunately, many others in Italy, does not charge the Authors to be published, but invests the Publishing House for the publication and assists the author in the promotion in exchange for the termination of the rights for a certain period of time. It took almost two years before I could see my book published. Today it can be ordered in the main Italian bookstores or even online directly on the website of the Publishing House “Echos Edizioni”».

«Do you think it will also be published in English in the future?».

«I hope so, my desire is for it to be read by as many people as possible, so I would certainly like it very much if it was published in English, perhaps by a United States or English publishing house».

«Do you plan to write another book, novel for the future?».

«In fact, last December I finished writing another book, this time of about 250 pages, a travel narrative described in a fictional way, which tells the story and events of my sailing trip among the beautiful Canary Islands in the Atlantic Ocean together with an old girl friend, once an Italian journalist in Asia who now has been living on a nine-meter sailboat for over three years now. A narrative full of adventures that describes magnificent places, often small paradises. But regarding this book “In Viaggio con Maneki” for now I have not yet signed the contract with the publishing house. I prefer to wait first and see what happens with “La maschera”».

Thanks to Mr. Sebastiano Ramello for this interview, all of us, the entire editorial staff and our readers hope that we will soon be able to read the novel “LA MASCHERA” in the English version.

Also we hope that you can one day write a fictional travel narrative among the Italian wine territories, it would be a nice way to bring the culture of wine to our readers and lovers of Italian wines. And who knows maybe one day we might see you again walking and traveling through the wine territories here in India.

Before closing this article, for those who do not yet know Mr. Sebastiano Ramello, here is a very short biography:

Sebastiano Ramello was born in 1973 in the province of Cuneo, in Piemonte region Italy, one the most important wine territory in the world. From a very young age

he travels to discover the world inthe most varied ways. First in Europe, then in Mexico to finally land in Asia. He explores India on the saddle of one

old motorcycle Royal Enfield from ’73, cooperating as a photojournalist with a italian journalist. He visits Nepal several time and, itself following, for work reasons, spent a long time in Hong Kong and then in China as italian wine ambassador. Here he takes a long one path to discover the peculiarity and complex traditions of the country. He alternates visits to Asia and those in North America. He writes for food and wine magazines, in Italy, Hong Kong and the United States. He gave life at the first research that investigates the relationship between food intolerance

and wine, “Low Histamines” (http://www.lowhistamines.com/en/home). He has always dedicated his free time to discovering the world and practicing often extreme outdoor sports such as climbing and in recent years the alpine Kayak. At the beginning of the Covid 19 pandemic he was in China.