Top Posts
WHISKIES OF THE WORLD
VINITALY AT THE TIME OF THE PANDEMIC
American Airlines Will Feature New Wines on Flights...
Ribble Valley wine shop with its own bar...
Wines from Spain announces 2022 tastings in two...
The Most Intelligent Wine Event In The World
INCREASES, INCREASES IN RAW MATERIALS ALSO IN THE...
Rosè, rosato or rosa italian wine?
VINITALY 2022 one of the largest wine fairs...
Georgia tasting to crown fast growth in UK
Home Wine Eisele Vineyard Araujo Napa Valley California Wines
Wine 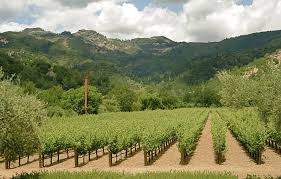 Eisele Vineyard, the Araujo Estate located in the eastern part of the Calistoga appellation, established in 1886. Like many growers, in early days Vineyard produces Zinfandel and Riesling, latter it starts the plantation of Cabernet Sauvignon. Modern Era of Eisele Vineyard began in 1969 when it was purchased by Milt Eisele and Barbara Eisele. Rather than winemaking they sell the grapes to wine makers. Initially they sold their fruits to Robert Mondavi.
Since Robert refused to add Eisele name, they formed with Ridge Vineyard. And thus in 1971, Ridge Eisele Cabernet Sauvignon became one of the first vineyard designated wine in California, this leds the popularity of fruits of Eisele Vineyard. In 1990, Eisele Vineyard sold to Bart and Daphne Araujo. Over the year, the Araujo owns 137 acres of vineyard and thus Araujo Estate formed. Their first debut vintage of Cabernet Sauvignon got immense popularity in
California. This is due to biodynamic farming techniques, unique terrior with sustainable techniques.

Worried about Red Stains on your bright...