Top Posts
Back IN ITALY the BtoB of European wine...
Antinori (Tuscany) – Italy
An important new selection of Italian wines on...
Il Maiolo Wines – Organic Winery in the...
WHISKIES OF THE WORLD
VINITALY AT THE TIME OF THE PANDEMIC
American Airlines Will Feature New Wines on Flights...
Ribble Valley wine shop with its own bar...
Wines from Spain announces 2022 tastings in two...
The Most Intelligent Wine Event In The World
Home Wine Travelitaly Next Generation Winemakers in Argentina
italyWine

Next Generation Winemakers in Argentina 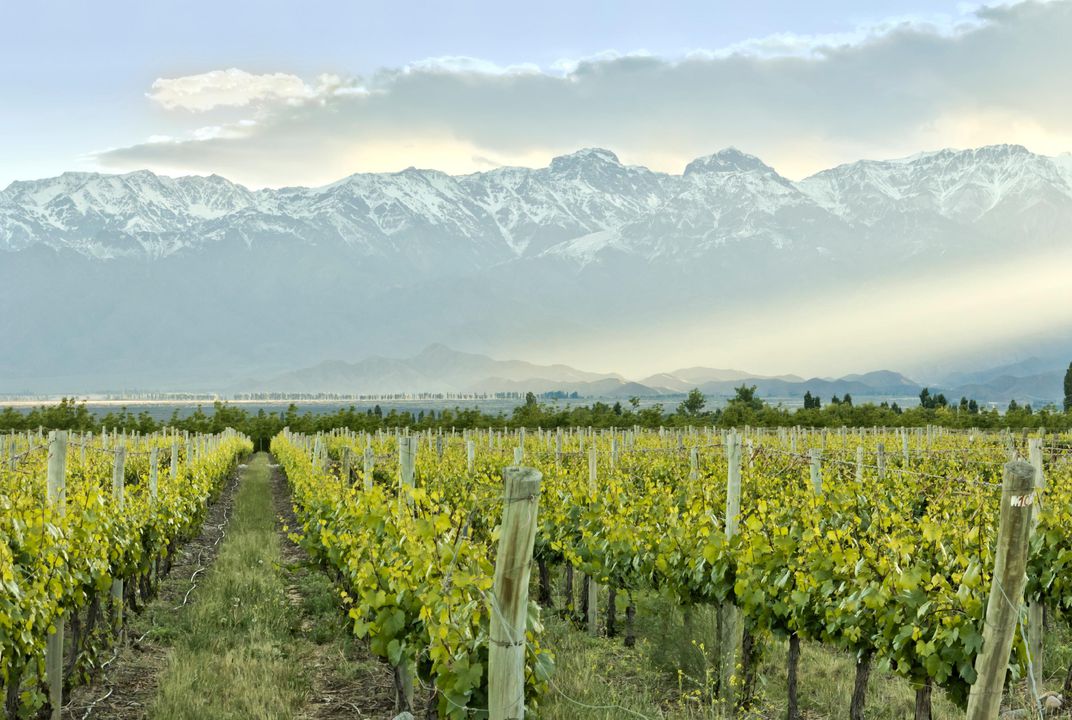 Argentina – it’s a land known for beef, culture, dance, and wine. People have been planting grapes there as far back as the sixteenth century and there are multi-generations of families that have been cultivating Old Vine grapes influenced by the Andes Mountains with their extreme temperatures and diurnal temperatures.

We joined a session led by Tahiirah Habibi, Founder of The Hue Society and a recognized and celebrated sommelier, who led us through a session on Wines of Argentina to celebrate the next generation of Argentina’s winemakers.

Argentina is the eighth-largest country and the fifth largest wine producer in the world after Italy, France, Spain and the USA. The best known and the main producing region is the province of Mendoza producing more than 85% of the Argentinian wine, followed by the provinces of San Juan and La Rioja, and then Salta, Tucumán, Catamarca, La Pampa, and Rio Negro.

The majority of these winemakers grew up on the vineyards watching their parents and grandparents make wine. Today, they are the next generation and where the Argentina wine industry is moving – bringing the history and heritage of yesterday with a fresh look of new modern techniques and outlooks.

The best-known grape for reputation and quality is Malbec, a Bordeaux variety imported from France in the 19th century. You can also find Cabernet Sauvignon, Merlot, Bonarda, Syrah, Tempranillo, and Pinot Noir. With white wines, the signature one is Torrontés, a glass of floral wine with tropical notes that is the most planted at 27 percent, as well as Chardonnay, Sauvignon Blanc, and Pinot Grigio.

There were many parallels in the conversation. All of these men had deep family roots in the wine industry and decided to follow a passion to continue in the field. While some families owned wineries and some didn’t, they all talked about going with their father to work at a winery or to the vineyards as a child. They talked about their desire for creating wines that showcased their sense of place and true representations of the natural expressions of varieties grown.

Colucci from Bodega Vistalba talked about how seriously the younger generation takes carrying on the family legacy, “We have to “guard” the amazing work that the industry has achieved so far and now we have the responsibility to take it to new heights.

Michelini from Zorcal Wines discussed how the new generation of winemakers are taking up the mantle “I think the context in which we are living has helped us a lot; a context where viticulture works from freedom, the best possible to show places in its wines and are not governed by stereotypes. This gives us freedom and that freedom gives us the confidence to play in the big leagues.”

Mayorga from Nieto Senetiner and the winery’s icon CADUS WINES added, “I think breaking paradigms, opening the path to the diversity of grapes, styles, and regions is the way that younger winemakers are setting the path nowadays. Personally, I like the classicism but with some updates in general, and also doing things totally out of normal like high-end wines from not well-known grapes such as Criolla or Petit Verdot. I think people change so the wines need to as well, this is a cycle where some things are established, some things are just trends and other is yet to come.”

Murgia from Grupo Avinea talked about the biggest challenge being, “to make, authentic wines with the purity of the place and the variety. For that, we work a lot in the vineyard, and we try to achieve the maximum expression of our vineyards in each bottle.”

Riccitelli from Riccitelli Wines also echoed, “They should keep working with passion and should always being curious.”

Based on the line-up of wines that we tried and the diversity of grapes represented, I am excited about what these next-generation winemakers will create in the future:

Corporate gifting in a healthy way

Wine will make you happy

Best Vineyards in Chile & Argentina (For...